The Toronto Writers’ Centre was originally established by Mitch Kowalski in 2006 as Canada’s first literary incubator. Since then, the TWC has hosted hundreds of writers from Nino Ricci and Vincent Lam to Elizabeth Renzetti and Sarah Polley. The writers that have used the TWC (and some continue to do so) have won many prestigious awards including Governor General’s Awards, Giller Prize, Genie Awards, Edgar Award, Arthur Ellis Awards for Excellence in Crime Fiction, Silver Dagger Award, and the Charles Taylor Prize. Paulette Bourgeois, the author of the very successful “Franklin the Turtle” books, when asked about the importance of a dedicated space for writers, with no distractions, said: “I’ve been writing for over 22 years at home. When you’ve been writing for 22 years at home…you tend to procrastinate. When you’re at home and you should be writing, suddenly the laundry becomes important.”. The TWC has, for over twelve years provided that place. No distractions. No excuses. No laundry.

For the more collaborative writing situations, historically, our Boardroom has been rented out by television writers of successful TV shows which have aired on The Disney Channel, Hulu, CBC and CTV. The writers for the hit show “Murdoch Mysteries” (now entering its’ 10th season) have routinely used the TWC Boardroom to focus their ideas, talk story and start the collaborative writing process at the beginning of each new season.

Today the TWC is owned by Jocelyn Hidi. Jocelyn is a passionate supporter of the literary arts as well as a keen reader and one of the founders of The Open Book book club. She is very excited by the unique opportunity to help Canadian Writers’ by continuing the operations of the TWC. Her mandate is to keep TWC’s tradition of providing writers with a place to focus their ideas and be part of a community, while growing the TWC membership and pushing forward into new media thereby providing greater exposure for the TWC and its members. 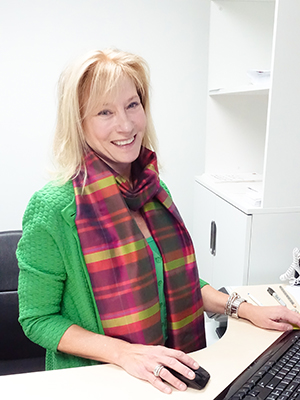